Abandoned FG properties across the nation valued at N230bn 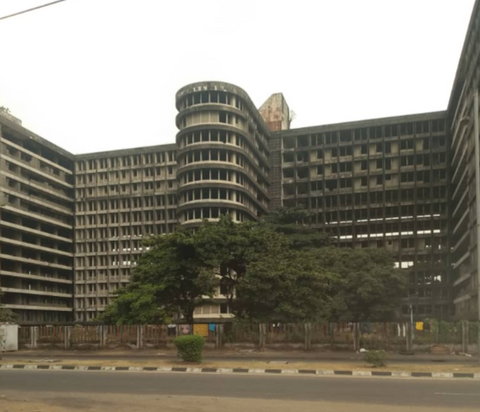 The Chairman of the committee, Ademorin Kuye, said on Tuesday 12th of May 2020 at the committee’s inauguration in Abuja.

“The figure is a conservative estimation carried out by the Nigerian Society of Engineers (NSE) on the abandoned properties located in Lagos, Ibadan, Enugu, Port Harcourt, Kano, Kaduna and other cities,” he said.

He recalled that on March 12, the House of Representatives in unison considered a motion on the subject and consequently constituted a 17-member Ad-Hoc committee.

“The committee is to investigate the use and current status of such properties and to report its findings to the house.

“At the said session, the house expressed concern that many of such properties located in almost all the states of the federation were abandoned, especially after the Federal Government’s hurried relocation to Abuja, the Federal Capital Territory.

“Many of these properties are now serving as safe havens for criminals. Some are illegally occupied, fraudulently transferred and wholesomely abandoned.

“It is on record that some of the properties are currently being used by individuals and corporate bodies without remitting any revenue, while their managers, in name, have not accounted for the revenue yield.

“The exercise is pursuant to Sections 88 and 89 of the Constitution of the Federal Republic of Nigeria 1999 which empowers the House to investigate and expose corruption and waste,” he said.

He said that the committee would leverage on the opportunity to serve as a watershed to cushion the harsh economic realities by sourcing the most needed funds.

“We intend to consciously ascertain the existence and use of such Federal Government properties across the country with a view to facilitating re-investment end maximisation of their use.

“In executing the exercise, the committee will take into consideration the relevant provisions of the Constitution of the Federal Republic of Nigeria 1999 as amended,” he said.

While inaugurating the committee, Femi Gbajabiamila, the Speaker, said that the projects were visual manifestations of the failure to make plans and effectively and efficiently execute them.

This, he said, had hampered the nation’s growth and development for many years.

“The ad-hoc committee we have come to inaugurate today now has the duty to account for these investments and come up with a plan that puts these assets to good use in the interest of all our citizens,” he said.