How to deal with fraudulent activities in real estate sector 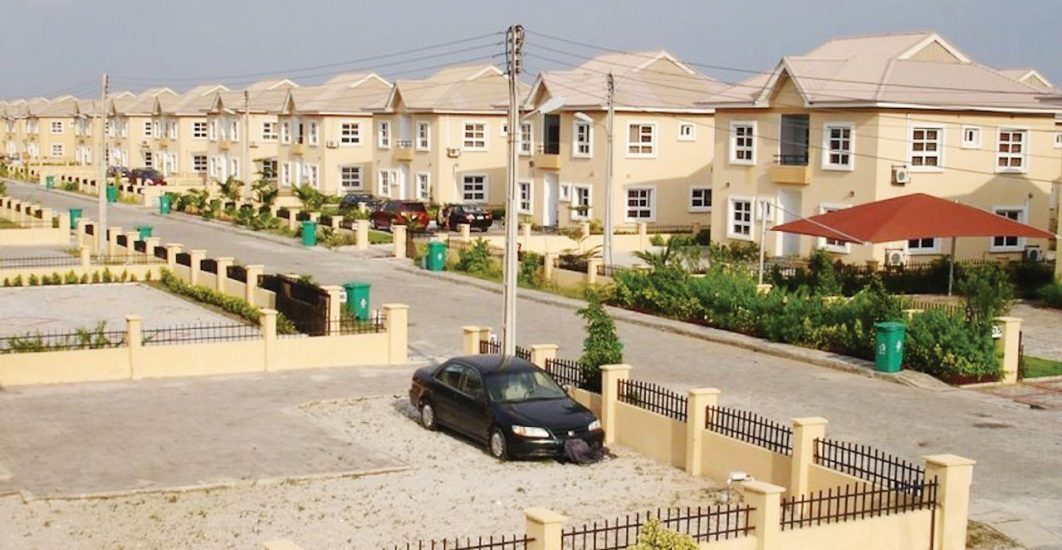 The unprecedented activities of fraudsters and professionals who invade the real estate market to dispossess prospective homeowners of hard-earned money are posing a threat to operations in the sector.

With an estimated value of N59 trillion opportunities, 200 million population and a housing demand-supply gap put at over 20 million units, the real estate market is an attractive investment destination.

The Guardian found that out of the housing market crisis came a spike in negligent practices and fraud perpetrated by some property professionals/charlatans and others who exploit the desperation of prospective homeowners and tenants to defraud victims of a large sum of money.

Most disturbing is that the development has worsened in recent times with the advent of social media where properties schemes are advertised with money transfers involved. Victims are tricked into wire payments to accounts before taking ownership of the property. Despite growing awareness in the industry, losses by victims remain staggering.

In Lagos, Ogun, Abuja, and other cities with the most active construction activities and huge demand for housing, the government has mediated about 55 out of 150 petitions/complaints between property developers, landlords, potential tenants, and tenants.

For instance in Lagos, 50 cases of fraud were adjourned for further mediation while 40 were referred to appropriate agencies, with five cases in courts in Ketu, Ajah, Ikorodu, Gbagada, and Yaba.

In major cases, some claim to be marketing consultants with a mandate to sell property in choice areas such as Banana Island, Ikoyi, Asokoro, and Lekki worth millions of naira. Others market non-existing landed or disputed properties as well as hand out fake allocation letters. Cases abound with the police and the Economic Financial Crimes Commission (EFCC).

A recent report on money laundering in the United States revealed that more than $2.3 billion was laundered through U.S. real estate in the last five years with Nigeria listed among nations where the illicit money came from. The study, titled, ‘Acres of Money Laundering: Why U.S. Real Estate is a Kleptocrat’s Dream’, exposed global money laundering and how politically exposed persons in African states channel illicit funds through a complex web of companies with opaque ownership structures.

Only recently, a suspected fake developer was arrested by men of the Lagos State Police Command for allegedly defrauding no fewer than 100 prospective tenants in the Olowo Ira area. It was learned that the victims paid for different flats in a one-story building being developed.

After receiving payments, it was learned that the developer and his accomplices told prospective tenants that they needed some time to complete renovation works on the building. However, subsequent efforts by some of the prospective tenants to access their flats proved abortive.

Another case in point is the recent suspension of a valuer by the Estate Surveyors and Valuers Registration Board of Nigeria’s tribunal over alleged professional misconduct for allegedly collecting N3.5 million from one Mrs. Oluwaranti Williams for building construction, which was not done.

Sharing his experience, a prospective property buyer in Ifo axis of Ogun State, Mr. Ojo Femi lamented how he was duped of N850, 000 he allegedly paid to an agent who claimed to be the owner of landed property with an uncompleted building.

He allegedly collected the money in two installments, ran away, and sent a photograph of himself claiming to have passed on. His death rumour was later discovered to be false; the police are still investigating the matter.

The chairman, Faculty of Estate Agency and Marketing, a business division of the Nigerian Institution of Estate Surveyors and Valuer, Mr. Kayode Ogunji said:

“There is a shortage of stock within the urban centres in Nigeria leading to demand stripping supply of accommodation especially, residential units. Society easily gives room for people to be scammed. For instance, people are penny-wise, pound-foolish, and always looking for a shortcut instead of dealing with professionals.’’

He said there are no accurate statistics or figures of people who have been affected due to lack of data-base, adding that some people may not even report cases to the proper authority where they could be collated.

“It is difficult to be definite on the actual amount of money lost to fraudsters in the last one year. However, it will be running to hundreds of millions of naira. Estate Surveyors and Valuers who are the main stakeholder are trying but there is still room for more sensitisation and enlightenment on where to go when people need to carry out transactions on landed property.”

He said: “There should be proper documentation at the land registry. Unnecessary bottlenecks should be removed to make registration flow smoothly. The current registration fees charged by governments should be reviewed to have a human face. Government should make it mandatory for official stamps to be affixed for proper verification. The bottleneck created by the government also allows people to start looking for a shortcut, thereby falling prey to scammers.”

The Chief Executive Officer, Crystal Tee Square, property investment firm, Mr. Oloyede Olatunde observed that most people see the sector as a quick way of making money illegitimately. He called for uncompromised judicial processes in the delivery of appropriate sanctions where necessary.

According to him, the high rate of unemployment and absence of policies to mitigate fraudulent activities in real estate is responsible.

He said: “Professional bodies such as builders, surveyors, and government agencies need to train stakeholders on the modus operandi of the business. Active government involvement in building and funding affordable homes will go a long way to curbing the menace.”

Reacting, the registrar, Estate Surveyors and Valuers Registration Board of Nigeria (ESVARBON) Mr. Ifeanyi Uzonwanne said when services, are rendered by people who have the skills, training, and competence in real estate, fraud in the sector would be minimised.

ESVARBON, he said, has a code of conduct; rule, and regulations that are enforced to ensure that only registered persons practice according to rules.

On alleged involvement of some professionals in property fraud, he said, “The law setting up ESVARBON provides for an investigative panel as well as a disciplinary tribunal which has established order. Anyone who is reported to have misbehaved in the profession would face disciplinary action.

“We have a society where people are not prepared to deploy the services of the right professionals, they fall into the hands of fake and those who will dupe them. There must be a change of attitude by the people, the society must patronise professionals who are licensed by ESVARBON.”

Lagos has set up a new regulatory agency called, Lagos State Real Estate Regulatory Authority (LASRERA). It is hoped the new authority would tackle fraud in the real estate sector and that other states would put in place similar regulations.