Why cement price is highest in Kano, Lagos markets 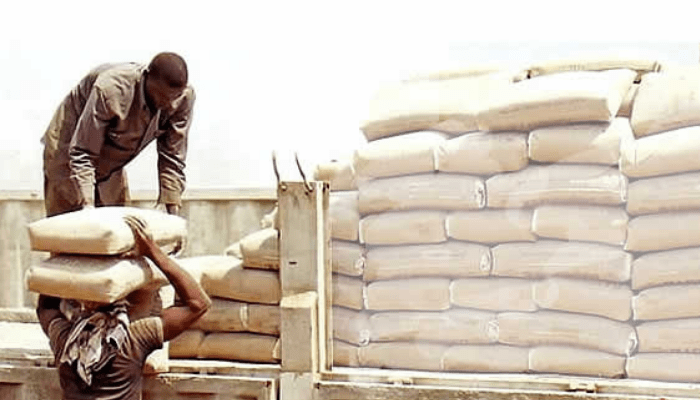 Despite the closeness of plants to Lagos, cement prices are shooting beyond the roof in reaction to price hike by the manufacturers recently.

While the producers have blamed the increase on the high exchange rate, cost of spare parts and other logistics, builders and other prospective homeowners are worried that they are not enjoying the benefit of nearness to raw material and market.

Newsmen learnt that the distance of haulage of cement products from Ibeshe cement factory owned by Dangote is about 34 kilometres and from Ewekoro and Sagamu cement plants produced by Lafarge is about 68.5 and 67.3 kilometres respectively.

It was further gathered that apart from Kano and Lagos, that have enjoyed growth in construction and real estate activities, which has increased the demand for cement and heightened cost of building materials, a sector that had been reeling under pressure from government policies and debt burdens.

“All other producers in the market can sell at their own price,” Devakumar said, adding that price-fixing does not exist in the Nigerian market.

He noted that prices have scaled up on account of higher demand, increased cost of diesel and erratic supply of gas required for powering manufacturing plants.

“Transport fares for moving cement have jumped up, due to congestion at the ports that have resulted in longer turnaround time for trucks.”

Experts said, Lagos is the fastest growing city in the Sub-Saharan African, which puts pressure on building materials, especially cement.

According to an architect, Mr. Olufemi Shodunke, the development of Lagos is unprecedented and cement is in highest demand due to construction activities in both cities.

“In a situation where demand overshoots supply, you are bound to have such price surge,’ Shodunke said.

Besides price increase by manufacturers, he blamed the increase on middle players that want to earn higher profit.

The Vice President, Real Estate Developers Association of Nigeria (REDAN), Southwest zone, Mr. Debo Adejana, said transportation should not be a factor when it concerns bringing cement to Lagos.

He said the price should not be so high, as their returns are being reflected on the profit declared by the manufacturers.

Adejana said except big developers that could buy in bulk, small private developers, who contribute largely to the increase in the housing stock, find it difficult to do as it reflects on the home prices.

He said that private developers are desirous of engaging manufacturers on how to make cement affordable to their members, adding that they will not relent until it is done.

The immediate past president, Nigerian Institute of Building (NIOB), Mr. Kunle Awobodu, who corroborate the fact that there is more demand in Lagos and Kano than in any other city in Nigeria, anticipated cheaper cement prices.

He, however, said that the expectations that Lagos should benefit from the closeness of cement factories in Ibeshe, Ewekoro and Sagamu are being eroded due to bad roads in some of the locations.

The cement industry has three major players with Dangote Cement Plc being the market leader, controlling 60.6 per cent of the market share with a local installed capacity of 29.3 million MT.

Lafarge Africa Plc has 21.8 per cent share with a production capacity of 10.5 million MT while BUA Group accounts for 17.6 per cent share.

Specifically, Dangote Cement is Africa’s leading cement producer with operations in 10 African countries, and revenues in excess of $2.5 billion as well as production capacity of up to 48.6 million tonnes per annum (Mta) across Africa as at 2020.

In 2012, the firm opened a $1 billion cement plant in Ibese, Ogun. The facility is capable of producing six million metric tonnes of cement per year, raising the company’s total production by 40 per cent at the time.

Dangote Cement controls 61 per cent of the market share, Lafarge Africa 22 per cent and BUA Cement the rest.

Lafarge has an installed cement production capacity of 14.1 million metric tonnes per annum (mmtpa), aggregates capacity in excess of 5 mmtpa and ready-mix concrete capacity of over 3.5 million cubic meters.

With plants in Ewekoro and Sagamu in the South West, Mfamosing in the South-South and Ashaka in the North East of Nigeria, Lafarge Africa Plc currently has an installed cement production capacity of 10.5MTPA and has plans to grow in the near term.

BUA Cement plans three new cement plants of three million tonnes each yearly in Edo, Sokoto and Adamawa states. The projects are to be completed by the end of 2022. Upon completion, this will bring BUA Cement’s total capacity to 20 million metric tonnes.