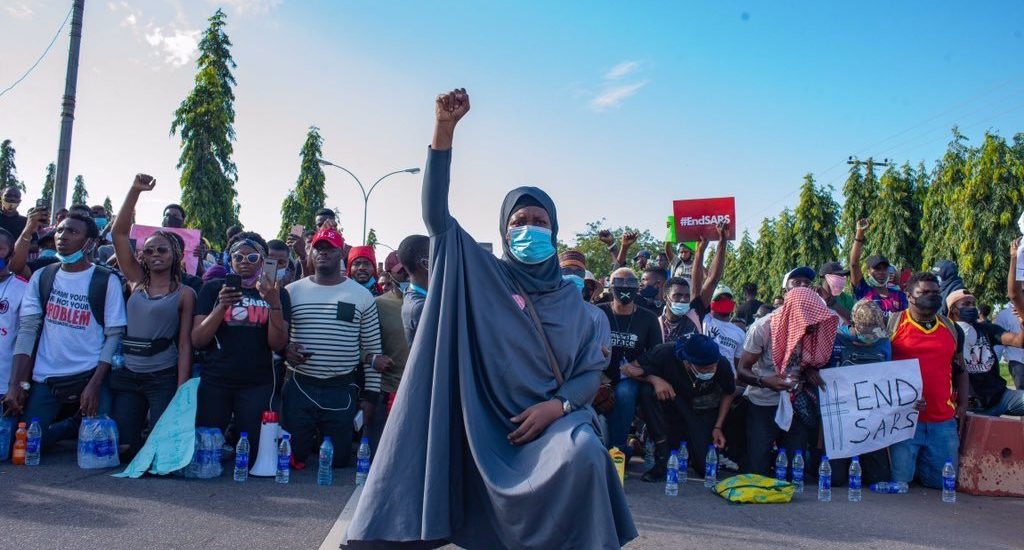 While the #endSARS protest has gradually evolved from just demanding the reform of the Nigerian police force to request for better governance, the movement which is predominantly chaired by Nigerian youths is said to hold benefits for the property market, according to real estate players.

Even though housing anywhere in the world is a necessity, which in the order of human needs, ranks third after food and clothing. Nigeria, Africa’s most populous nation has a housing deficit of more than 20 million units, a gap that holds investment opportunity for many developers but due to insecurity challenges, some parts of the country, though viable are no go areas for investors.

“We know that Nigeria is a very appealing country for investors, and just knowing that they can be safe and not affected by the issues of insecurity to a large extent would go a long way in sending signals that our country is open to investing in,” John Oamen, Co-founder of Livevend.com, a real estate price discovery platform said.

After years of insecurity and police brutality especially by the Special Anti-robbery Squad (SARS) unit which has been alleged to be engaged in human right abuses, illegal stop and search, illegal arrest and detention, extrajudicial killings, and sexual harassment of women, Nigerians across several states in the country took to the streets on October 8, 2020, to push for a reform of the police force. A call to put an end to the situation of citizens being killed by those expected to protect them.

“Some of the discouraging factors in the real estate sector has been bad governance and the system, policy but as the system is beginning to fix itself, you will see a new Nigeria rising,” Stephen Akintayo, CEO of Gtext Homes said.

Described by economists, one of the sectors with the highest potential for Nigeria’s economic growth and development, the real estate sector is projected by industry players to enjoy the following benefits as the protests for police reform and better governance persist.

While the protest is unsettling and nobody likes it, property analysts in Nigeria are optimistic that the campaign for police reform is going to play a huge role in generally improving the real estate industry and beyond as peace and safety breed trust and trust leads to more investments.

“Sometimes, people think that protest like this leads to the bleeding of businesses, temporarily it does but in the long term it, it leads to confidence. Foreign investors and Nigerians in the diaspora will be able to come in and invest because they know we now have a government that is accountable to the people,” Akintayo said.

Citing an example of an area in Nigeria where insecurity has led to a slowdown in real estate activities, Oamen pointed at Niger Delta, the oil-rich area of Nigeria where there has been unrest for many years.

“So, you have properties in Niger Delta that have been in the market for 2 years because no one is looking there. The sharp exit of both expatriates and local individuals from such regions has seriously impacted the real estate economies of such regions,” Oamen said.

According to him, the fight “to end police brutality, reform the security apparatus of Nigeria and have a more accountable government would improve the value of real estate in the region.”

With expected investment inflow into the property industry amid hope of a more secured Nigeria and a government that will be more accountable to its citizens, analysts see a higher return on real estate investments.

An increase in investors’ appetite for Nigerian real estate would mean, a surge in property transactions and thus, the higher the value of the property will become, a real estate advisory firm said.

“More people are buying properties from us than they did before the ENDSARS protest,” a Lagos-based real estate developer said.

Generally considered a great investment option because of its predictable cash flow, less volatile nature which has many advantages over stocks, bonds, or mutual funds and more especially as it appreciates, a resistant to inflation. Real estate in a country like Nigeria which requires an estimated N170 trillion to N200trillion to bridge its housing gap is considered one of the top investment options even as attractive investment instrument has become scarce due to the low yield environment.

While the protest for police reform is gradually shifting beyond ending police brutality to better governance and other policy reforms, analysts expect the restructuring to also benefit the real estate sector where a policy like the Land Use Act has made it difficult for Nigerians and real estate investors to acquire affordable land amid titling barriers.

“One of the wicked draconian in the real estate industry is the Land Use Act, but this protest is going to push for justice, for transparency for fairness and the need for us to now have a better system,” Akintayo said.

Nigeria’s Land Use Act of 1978 which places all land in Nigeria in “trust” of the Government and specifies that future transfers or sale of land must be confirmed by a government official, in writing, irrespective of the value of the transaction is one of the reasons for the country’s lack of a functioning mortgage system.