How real estate will fair after nation’s exit from recession. 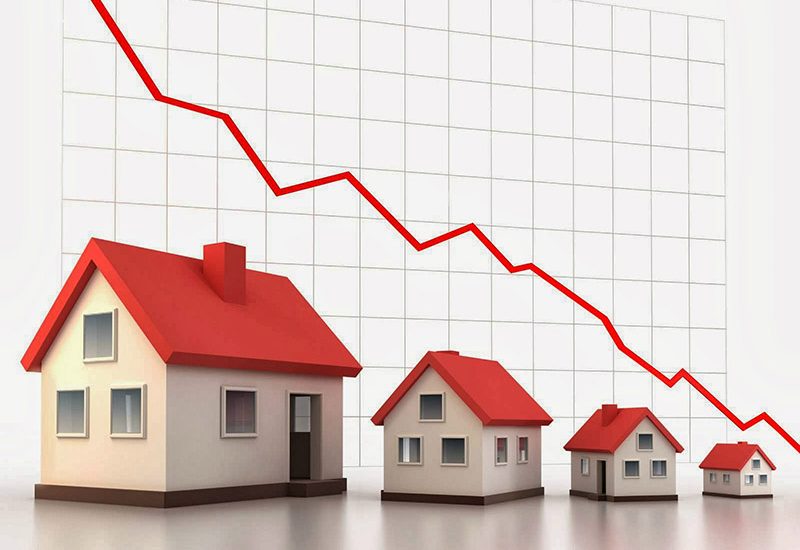 Notwithstanding the cheering news of Nigeria’s early exit from recession, experts said its impacts on real estate is still dismal as the industry continues to struggle through the coronavirus pandemic and high cost of building materials.

They hinged their positions on the fact that inflation is at an all-time high of about 16.47 per cent whilst there are lots of unemployed youths.

According to the latest figures from the National Bureau of Statistics (NBS), the country exited from recession after the Gross Domestic Product (GDP) grew by a marginal 0.11 per cent in quarter four.

Experts said the implication of the early exit from a recession cannot be properly analysed because the pandemic distorted the property market.

But they noted that the drop in interest rates has led to considerable activity in the real estate sector because many people are finding the sector as a better place to secure their money thereby generating higher yield.

Similarly, the international concerns have impacted the stock market and are expected that the withdrawal of funds from that sector to the real estate sector will likely continue since it offers incentives and hedge against inflation.

There was also an upward swing in the development of real estate developments, especially the neighbourhood shopping centres. Providing further insight on the NBS report, former Chairman, Nigerian Institution of Estate Surveyors and Valuers, (NIESV) Lagos chapter, Rogba Orimalade, said the report might have put smiles on policymakers but it’s not reflecting on the streets as many people are running from keeping money in the bank unlike before.

Former president of Nigerian Institute of Architects (NIA), Tonye Braide, said it is difficult to see the impact of the nation’s escape from recession in the construction sector as there have hardly been any massive housing projects like what was executed by Federal Housing Authority in Gwarimpa, Abuja, decades ago.

The immediate cause of recessions, he said, is the reduction in money supply which results in the contraction of disposable income, which can lead to default in mortgage payments.

According to him, the construction industry will provide the veins for the 36 states along with the FCT.

For the recovery to be felt at the grassroots, Braide said foreign investment inflows must be wooed into the country by drastically reducing risk so that the government can carry out expansionist policies and take people out of poverty.

On his part, former Chairman, NIESV’s Faculty of Estate Agency and Marketing, Mr. Sam Eboigbe, said it should be placed on records just like the previous instances of Nigeria’s alleged exit from the recession that the citizenry has never taken the announcement seriously as indices on the ground as per the impact on the citizenry speak contrary.

“We are not privy to the dynamics of economic derivations but the citizenry will ultimately be looking at refinements in interest rates, exchange rates, inflation, prices of goods, while the stakeholders in the real estate sector will be concerned with prices of cement, iron rods and other building materials.

“We can’t forget in a hurry that the explanations that used to follow the declarations of NBS by economic analysts are that with time the citizenry will feel the impact systematically and gradually until the cycle of another recession resurfaces without any improvements in the living standards of the citizenry through improved wealth, job creation, low inflation and stable exchange rate.”

Eboigbe noted that the generally acclaimed readjustments in lifestyles globally have sharpened the sector players’ mindsets towards a diversion of investments from other sectors to the real estate sector due to varying degrees of economic dislocations and subsequent loss of confidence by Investors in those other sectors.

Also, the Chairman of the Real Estate Developers Association of Nigeria (REDAN), South-West Zone, Debo Adejana, said real estate has been in and out of recession, within a very short time in 2016 and is still recovering even when COVID-19 happened.

He expressed hope that the pandemic pressure on the economy will ease off so that estate can be on its recovery path.

Adejana, who doubles as the Managing Director, Chief Executive Officer of Realty Point Limited, said businesses have continued to go down in the last six years when they should be doing better.

Players and the market, he said, should adopt ingenious ways to ensure recovery as inflation has caused an increase in property prices, rents and building materials.

He said: “We still have to deal with rising in price, affordability in the market, more of the market is coming from the diaspora because for them, the naira is losing value and their earnings in foreign currency are helping them to buy more.”

COVID- 19 pandemic, he said, led to the shock recorded in the sector in the second and third quarter of 2020.

According to him, the sector bounced back because investors observed some level of stability; hence some projects that were suspended were resuscitated.

“The exit will attract more investments to the sector. It will boost foreign investment and provide more opportunities for actors in the sector to amortise their investments.

“I see these cascading down to other sub-sectors like building materials production, land or property acquisitions, mortgage financing, including human resources requirements,” he added.