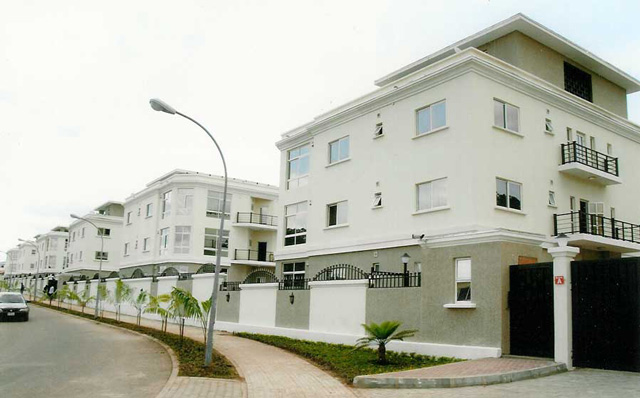 Notwithstanding the poor performance of the real estate sector last year, occasioned by the negative impact of the corona-virus pandemic, operators are optimistic that there could be an early rebound in 2021 if government lives up to its obligations.

For a sector hugely dependent on the economic dynamics, experts were cautiously optimistic that real estate will recover in the first quarter.

The optimism stems from better understanding of the covid-19 virus coupled with the positive moves by the Central Bank Nigeria in foreign exchange regulation, the recent World Bank report of possible 1.1per cent growth in the nation’s economy and the slight increase in oil price.

They also want policy makers to move decisively to tame the pandemic and implement investment-enhancing reforms.
According to the Frist Vice President, Nigerian Institute of Architects (NIA), Enyi Ben-Eboh, the construction industry is normally one of the worst hit when there’s a downturn in the economy because priority is often diverted to subsistence sectors such as food, information technology and medicines.

However, with a better understanding of the covid-19 virus and availability various vaccines to tackle its spread,he said, life can begin to gradually return to normal and the economy can also start improving.

Eboh was also optimistic that the prices of basic construction materials like cement and a few others that spiralled out of the reach of most, especially in Q4 of 2020, will return to what they were in Q1 and Q2.

Past president of Nigerian Institution of Estate Surveyors and Valuers (NIESV), Joe Idudu, said the hope of good performance for the sector in 2021 would depend largely on growth in the general economy.

The whole economy, he said, is down, despite what government has said. Idudu explained that as many people find it difficult to feed because the prices of food have skyrocketed, they are debarred from thinking of owning a property or going into property investment.

He urged policy change based on previous advice and ensure a general improvement in the economy pattern to reflect the reality.

According to him, “Government should move away from its control on land, and ensure that land ownership is free so that people can use their lands to borrow money and do businesses. “Government ownership on land won’t help. Where we are on the ease of doing business in the world is a disgrace. We are at the bottom.

He said: “for instance, everywhere in the world you only move into property through mortgage but in Nigeria, people move into properties by stealing from the government and other people’s money.

He stressed that the reality on the ground now is that, people just want to have a sizeable property unlike the days when they want to build mansions.

“People now desire compact but functional houses that is what is going to drive the sector. But these are going to be budget driven and that is what will happen this year”, he said.

Ogrih urged government to focus on creating enabling environment and not to build houses for individuals because the plan to build houses of N3 million is not achievable with the price of cement at N4000 and government’s lack of control over price.

“Government should come out with policy that will allow workers to have access or qualify for mortgages, not just civil servant, a kind of mortgage facility.

The recent government’s policy on data like the compulsory requirement of National Identification Number (NIN) for the registration of phones will be a plus because one of the major challenges is ability to trace or get someone who obtains a loan.

“ So, with NIN, credit defaulters could easily be checked, unlike when there was no data. Now there is Banks Verification Number (BVN) linked to people’s banks and NIN to their phones. Besides, if you acquire a property you are now linked to it,” he added.

The Group Managing Director, Sparklight Group, a Lagos based property development company, Mr. Toyin Adeyinka said government’s policy on affordable and low income housing for Nigerians which it intends to use as a vehicle to address the economic recession would go a long way to create jobs for professionals and improve the sector in 2021.

He cautioned that Covid-19 is still around and might be a drag for the built environment quick recovery.

“Nevertheless, developers should be doing more in terms of affordable housing in 2021 than they did in 2020 because of government’s policy. The Federal Mortgage Bank of Nigeria (FMBN) has been more focused on issue of cooperative loans, that should help too,” he stated.

“Whatever we can produce, we shouldn’t import. This should start with government’s projects. In Nigeria we make better rustic bricks, so government should come up with policies to protect institutions that produce such materials. We should also look at other design methods that consume low cement quantity because of the prices, which have gone up,” he added.