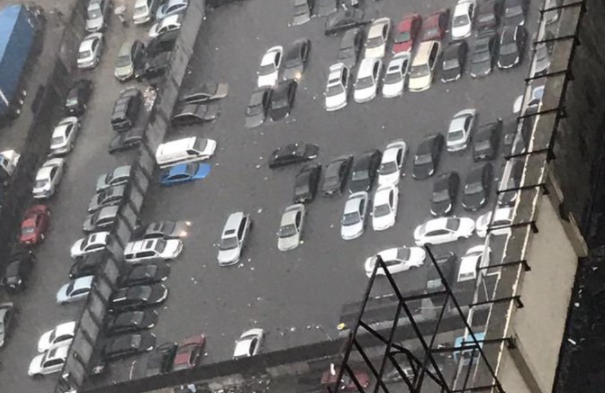 Residents and real estate investors in Lagos are still counting losses following the heavy downpour and the accompanying flooding that submerged communities and sacked many homes in the city last weekend.

As a coastal city, Lagos has many flood-prone and low-lying areas, lending it easily to flooding events. As part of measures to check the incident, the state government has produced a well-documented guide for investors wishing to do real estate developments in the state.

The state expects every investor that wants to invest in an area that has been identified as a flood-prone area to apply to the Office of the Drainage Services and Water Resources for what it calls drainage clearance.

According to officials of the state’s Office of Drainage Services, the aim of the application is to tell investors that if they must invest in that location, there are things they need to do.

The investors would also be required to disclose the kind of drainage infrastructure they need to put in place along with the kind of set-back that would be provided if there were existing channels there.

“If it is a low-lying area, we will advise you on your minimum height of reinforcement, all kinds of engineering intervention that you need; so when you do your environmental impact assessment (EIA) in addition to the remaining clearance, that is the look of how you are going to protect the ecosystem as it were,” the officials explained

According to them, these are the things the law expects investors to do as they affect drainage and flooding, adding that an investor is supposed to have a drainage clearance issued by the government.

It has been observed that the yearly seasonal flooding incidents that occur in Lagos, destroying properties and submerging roads and whole communities, are products of a combination of factors including water bodies rising above sea level, irregular and unapproved developments, and climate change effect.

Osato Osawaya, an estate surveyor and valuer, notes however that flooding is part of the challenges of having a mega city in a coastal area, explaining that every city that is an island like Lagos deals with water.

“You must plan for water in your built environment; when you are making your building plan and projections, you must bear in mind that you are going to have flooding,” he says.

Osawaya notes that there tends to be an increase in the water level in all the three main water bodies including the Atlantic Ocean, Rivers and Lagoons, adding that Lagos being a coastal mega city has direct impact from this increased water level.

Experts are of the view that Lagos has flooding challenges because it has experienced developments that precede governance—a situation where so many developers do their development prior to governance.

Lagos, according to them, is a city where developers that do not have building approval are more than those that actually have approval from the government before development.

“It is like we are pretty catching up with development; areas that are low land would have been fully built up without any infrastructure built up for drainage or for you to advance any mitigations or measures to put in place for people to follow through to have a good life,” Benedict Odoabuchi, an environmentalist, notes.

Odoabuchi believes that everybody has a role to play in protecting the environment, noting, “What people can do is if you know you are living in a lowland area, especially Lagos Island, you relocate.

“We are being told that in 30 or so years the sea would be rising 2.1 meters that is like 7 feet, so we need to start thinking of how it is going to affect our houses, dwellings or areas.

“We should not begin to make it a third-party problem because it affects everybody; so we have to be futuristic and start planning for what happens if sea level rise happens, if the rain fall continues as we are still having now.”

Over the weekend, Friday precisely, economic activities were paralysed in Lagos as nature in its fury emptied its bowel in what was clearly a torrential down-pour, causing massive flooding in many parts of the sprawling city.

The rain, which lasted for hours, left many homes and roads flooded, making movement difficult and impossible in some locations, bringing untold hardship to Lagos residents.

Though both the Mainland and Island neighbourhoods were affected, the Island was worse off. In Lekki, for instance, almost the entire length of Admiralty Way was heavily flooded causing slow vehicular movement. It was the same story in other streets. VGC was also flooded.

In Ikoyi, there was very slow movement of vehicles along Osbone Road, which was heavily flooded. It was the same story on Kingsway Road up to Falomo Bridge. Awolowo Road was also flooded, causing slow movement.

All cars parked at the sprawling Marina Car Lot on Lagos Island were submerged. The situation was so helpless that most of those cars could not leave the park till Saturday afternoon for fear of engine knock.

In Alimosho, the largest local government area in the state, areas like Iyana Ejigbo, Idimu and Egbeda, driving inward Akowonjo, were submerged. Here, residents were seen bailing water from their homes and calling on the government to intervene by desilting the gutters and opening up blocked drainages.

One of the residents in Egbeda area, who identified himself as Tunde Samson, said it had become an annual ‘ritual’ to be bailing waters from their homes every rainy season, blaming the situation on collapsed drainage systems around Vulcanizer Bus Stop on Akonwonjo Road.

Many vehicles trapped in the flood are today having engine problems, which, to a very large extent, are eating deep into the lean resources of many households. The same story is told of homes where many valuables were either destroyed or carried away by the flood.